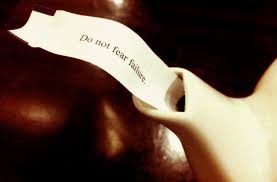 When I wrote this blog,  I was packing my possessions up to move back in with my Mother. And I was mildly terrified…

Not because of my mother. She’s a perfectly reasonable human being. I lived with her for six months before I moved to London and it was fun.

No, I was mildly terrified because of what the move implied...

4 years ago I moved to London to launch our start-up. Now I’m moving away from London to get it on its feet.

One of the struggles that we’ve had in starting up is in turning our idea into an actual business proposition. A lot of that has been organisational. But a lot of that has also been psychological. It’s very difficult to separate the two.

I’ll give you an example. I’m normally quite hard working. I work as a GP, and I’m constantly looking for things to do to improve things. I do believe in having a good work-life balance, but when I’m at work, I like to get things done.

However, it’s taken me five years to get to the stage with our startup where I’ve reached the same level of productivity. And I’ve realised why. It’s because we didn’t have a plan.

Without a plan, there are ten different things that you could be doing. Because you could be doing ten, you end up doing none. Especially if, like me, and most founders, you have a creative bent. Which makes us easily distracted...

But the other thing that really makes a difference is having confidence in yourself and your ideas. And that’s been the breakthrough for me recently.

I cannot know for sure that Yourpressure.com is going to work. But I do know that it’s as good an idea as any. There’s a clinical need to improve blood pressure management. We’ve spotted a gap in the market. We know what our competitive advantages are. We’ve got a good idea about marketing messages. It’s just a question of doing the maths and working out whether it’s a viable business or not.

There are a number of actions that have helped me reach this stage.

I’ve been reading case studies about other start-ups. It’s made me realise that there’s no reason that we cannot do it as well. Yes, there’s luck involved, but if you’re not rolling the dice then you’re not in the game...

We’ve also been working out our strategy. By working out our strategy in a concrete form, it’s made us realise that actually, we do have a lot of resources for a start-up. We’re still working on our capitalisation, but the final value is likely to be larger than most. It’s also made us realise that up until now we’ve been a well-resourced start up, whilst we’ve been acting like a poorly resourced one. This parsimoniousness has held us back and is part of the reason that we’ve taken so long to get a product to market.

The final thing that’s helped me is the realisation that there are no short cuts. If you want to change something, you need to get back to basics. The reason most new restaurants fail is because people set them up with no experience in the restaurant business. As doctors, we’re used to having status. Leaving medicine means leaving that status behind and learning the app business from the bottom. IMO, part of what holds us back as doctors is wanting to hold onto that status and security. We come up with strategies that mean that we can delay committing. Whereas if we’re serious and believe in what we’re doing, we should just go for it.

All this leads me to the conclusion that if I really want to do this, then it’s time to commit. Move in with my mother to reduce my outgoings, and concentrate on building our business and generating cash flow.

And that means stopping being a doctor.

And that means stepping into the unknown.

And that is what’s mildly terrifying...