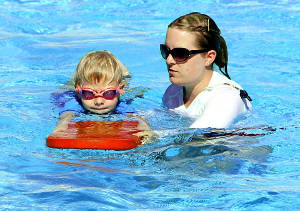 Now you may be thinking that this is a bad thing. It is not. It is only by making mistakes that we make progress, so I thought that I’d document them here.

This is the first mistake I made. If you want to make a profit, you need to have a business model that scales. This means that your unit price needs to be greater than your unit cost. That way as your volume increases your profits will outweigh your fixed costs and eventually you’ll be in profit. If you can scale enough, you can make a large profit.

However, as a start-up, this can lead to a tactical error.

The mistake that we’ve made, is thinking that we could go straight to ‘at scale’ production without paying our dues first. Every company needs to pay its dues. Facebook started off as a web page with a set of yearbook photos for Harvard. Google started off as a PhD project.

The temptation is to look at these companies and overlook the fact that they needed a strategy to scale. Once you start talking about large scale investment, either through cash flow, loans or equity stakes then people need some sort of reassurance that their investment won’t be wasted. Partly that comes through the credibility of the founders, but also through having a business plan that makes sense.

If you’re selling to someone who is going to benefit directly from what you’re selling, then you need to convince them of the benefits and that the cost is reasonable. However, if you’re selling to a large organisation, it is unlikely that you’ll be pitching to someone who is going to benefit directly from your product. This changes the dynamic somewhat. In organisations where “psychological safety” isn’t a priority, that person is likely to be more concerned about not making a mistake than they are about the benefits of your product. In such a situation, much of your work is going to be towards reassuring this person that they’re not making a situation that they’re going to be criticised for, rather than improving your product. At an early stage in a start-up, this diverts a huge amount of resources.

This means that for an early stage start-up, unless you can demonstrate overwhelming evidence of benefit to a business, you resources may well be better focussed elsewhere. Ours certainly are.

This then has knock-on effects for your business strategy. If it’s going to take a long time to generate cash flow, you either need a long runway (funding to keep you going until you make sales) or even better, you need a strategy that generates cash flow at both small and large scale.

Again, a classic mistake. All the business books, guides, websites and gurus tell you that you need a business plan. You do, but it’s easy to believe that you don’t. Let me explain the mistake that we made, and how we’ve come to realise that we’re wrong.

We’ve been using a lean development philosophy, as espoused by Eric Ries in “The Lean Start-Up”. We have interpreted this to mean that we don’t waste resources on anything that is unnecessary. For instance, there is no point in commissioning expensive IT resources if you have no proof that people are going to use it. Similarly, there is no point in paying for fancy marketing until you know that what you’re selling actually works.

The mistake that we made, was thinking that this meant that as we developed things, it would become obvious to us what our business plan would be. This turned out to be optimistic. We also used this as a rationalisation to avoid having to do something that we weren’t confident doing.

What we’ve learned is that we should have a business plan, but that we should hold it lightly. Also, the business plan doesn’t need to be any more detailed than required at any point in the process. However one does need to exist. The reason being that if it doesn’t, it is easy to get distracted and go round in circles.

The aim of the start-up should be to take each stage of the business plan, and systematically prove it to be unviable. If you can’t prove it’s unviable then stick with it. If you can, then it’s time to change your business plan. If you can prove that something else is a better option then that can also change your plan.

With us, our original plan was to sell direct to customers originally. However, when we got attention from some larger NHS organisations, we became distracted. This led to us to waste time on something that turned out to be a blind alley.

The other benefit of a business plan is that when you have limited resources, it gives you a structured approach to your development. With a written business plan, it becomes obvious what tasks need to be worked on next. This has huge benefits for things such as Kanban. To be honest, ours has been a bit of a mess...

There is a reason that all serious investors will insist on seeing a business plan. It is evidence of a strategic approach to finding out whether your business is viable or not. We have learned this lesson the hard way.

Having a business plan gives you a focus. Through not having one, we became distracted. One of the things that we became distracted from was realising that when you have very little funding, sales are everything. Sales, of course, do not need to be direct, but they do need to be where you’re aiming. Whether you’re a charity, a social enterprise, or a business, you need to know where your cash flow is coming from. Everything that is not taking you a step closer to this goal is wasteful work.

One of the real problems that we’ve had launching itamus and YourPressure is the feeling of imposter syndrome. As far as I can tell it’s quite a common problem for most founders. For those of you who don’t know what imposter syndrome is, I will explain. Imposter syndrome is the feeling that you don’t really know what you’re doing. It’s a sign that you’re lacking confidence. It’s also probably a healthy thing. If you didn’t lack confidence when doing something new, you’d likely make some huge mistakes, so it injects a necessary note of caution to prevent that.

By founding a startup, you are doing something that very few people do. You’re taking the bullshit and posturing and trying to make it real. You’re putting yourself out there in a way like no other. You’re either right, and you’ll survive, or you’re wrong and you won’t. This makes you very vulnerable, which in turn leads to a number of effects.

First is the temptation to run after anyone who pays you attention. If someone is giving you attention it is comforting. After all, if someone important tells you that what you’re doing is useful, then it is very reassuring. Especially if you’re feeling vulnerable.

Second is avoidance. At itamus, even though we have a list of ideas as long as your arm that we could work on, we still feel uncertain. By allowing ourselves to be distracted, it allows us to avoid actually putting our current idea to the test. By delaying putting things to the test, it lets us continue to indulge in the fantasy that we’re going to be successful with this idea. Although this is comforting, it is not productive.

The only feedback that counts when it comes to a start-up, is either getting users or getting sales. The rest is mostly noise...

To our mind, what is needed, is to be single-minded in the pursuit of cash flow, users and sales. Anything that is not getting people using your product or building your brand is a waste.

The final lesson that we’ve learned, is that it’s easy to concentrate on your product. However, your product is going to be useless if no one is going to use it. Even if it’s the best product in the world, if no one knows about it, it isn’t going to sell.

In my experience, especially in the health-tech start-up sphere, most of us lack skills in marketing. And this means that we tend to overlook it. At the same time, it’s easy to become distracted by the “coolness” of what we’re working on.

However, marketing is vital. In fact, if you can’t market your product then there’s not much point in developing it. The mistake that we’ve made is thinking that if only we make the product good enough, then customers will come to it automatically.

Instead, now we’ve realised that we have to have a clear idea of where we’re going to get our users from. The marketing and engine of growth have to be engineered into our products from the start. In return for gradually giving value to our users, we will gradually get them more engaged in our product. Without this well-defined pathway, we will not be successful.

So to sum up, in order to scale, you need to have a business plan that allows you to scale. A business plan is vital as it keeps you working in a systematic fashion, and lets everyone know where you are. It is evidence of having considered a strategy, and what is needed to make that strategy work. Be prepared to change the business plan if it’s wrong. Don’t be distracted by kind words, instead focus on getting users or sales, whichever is important to you. And finally, don’t concentrate on product design to the detriment of your marketing pathway, both are equally important.

I hope that this is useful to those of you who are considering taking the same steps that we are. With a bit of luck, it’ll stop you making the same mistakes that we have.

Please like and share this as widely as possible. Feel free to ask any questions in the comments section below.