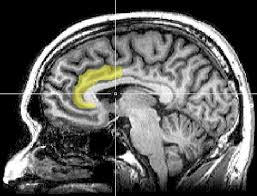 Have you ever wondered why it is that you don't seem to enjoy your job, and yet at the same time you find it difficult to imagine doing anything else? You can list reasons why it should be great. Yet when it comes to a Sunday evening, you still get that feeling of doom.

You feel that the job has the potential to be great, but something stops it from being so, and you just can't muster the courage to leave…

Or perhaps you've worked with someone who seems reasonable in every other way, but flatly refuses to change the way that they practice medicine, even when presented with evidence of the problems that their actions are causing?

Maybe you've found yourself in a situation where your career is threatened by a complaint, and you've been overwhelmed with a feeling of doom at the thought of not being able to practice medicine again?

All these experiences have the same common cause, and it’s to do with a phenomenon called cognitive dissonance. Cognitive Dissonance occurs when we experience something where our preconceptions don’t match up to reality.

An inconsequential example of this would be my reaction to Justin Bieber’s latest album. I’ve heard a few songs off it without knowing it was him, and I’ve quite liked them. And yet, I used to despise Justin Bieber.

How does my brain cope with the discomfort that this contradiction brings? It does so through the mechanisms of denial and rationalisation. For instance, I catch myself telling people that I always secretly liked his music. I also catch myself excusing his previous behaviour. However, when I was told that I was dancing to Justin Bieber, my first reaction was to deny my enjoyment.

The shocking thing is, I’m no longer sure how I used to feel about Justin Bieber. The effect of cognitive dissonance is so strong, that I cannot trust my own memory. This shouldn’t be surprising. We know that memory is unreliable. But it is quite disconcerting to see it demonstrated in such a concrete form.

I should emphasise here, this is not a conscious decision. This is all unconscious. I do not choose to deny my previous dislike of Justin Bieber. I am psychologically blind to it. Cognitive dissonance makes me so.

Now imagine that same phenomenon, but where the stakes are raised. Instead of talking about something superficial, let’s talk about something more serious. Imagine it occurring about a belief that is absolutely fundamental to your personality.

For example, perhaps you do a demanding job that helps people? Then someone brings something to your attention that shows that you’re causing harm. Cognitive dissonance means that the stronger that you identify with your job, the more likely you are to go into denial. If denial is not possible, then admitting an error can be devastating. This is hardly a better option.

Another scenario is that the reality of the job doesn’t match your expectations. Cognitive dissonance means that you will find reasons to like it and deny your unhappiness. However, that doesn’t make the feeling of unhappiness go away.

Finally, if there’s a threat to your job, and your job is a big part of your identity, cognitive dissonance means that you will struggle to imagine life without it.

So you’d imagine that healthcare systems would be structured in such a way as to minimise the effects of cognitive dissonance?

In fact, the opposite is true. More about that in the next blog.

As ever, let me know your thoughts in the comments. If you found this blog interesting, please retweet or share it.