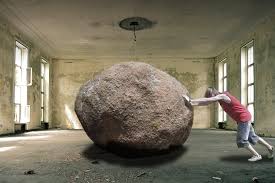 A quarter of a century ago, at my med school, Fresher’s week was mostly about initiation ceremonies.  There was a big drinking culture, and most of Fresher’s week was spent playing “fun” drinking games. These usually involved some form of humiliation for the Freshers involved and huge amounts of peer pressure to conform by performing forfeits of various levels of disgustingness. I have a particularly vivid memory of eating a spoonful of dog food on a pub-crawl in the locality. Although I hope that things have moved on since then, I imagine that such initiation ceremonies still take place. Ostensibly these forfeits were about proving yourself “worthy” of joining the esteemed medical school, but they also served a more sinister purpose...

The hidden effect of initiation ceremonies

In 1959, researchers decided to look at the effects of these initiation rites. They asked for female volunteers to join a discussion group about the psychology of sex. However, the volunteers were split into three groups. The first group had no initiation rite at all. The second group had to read some non-obscene sexually related words into a microphone. The final group had to read out obscenities and explicit sexual texts into the microphone. Both groups were told that they were being broadcast to their colleagues.

Then came the catch. Instead of joining the discussion, they were given a recording to listen to. They were told that it was a previous discussion by the group. This recording was designed to be as boring as possible. It was a group of poorly informed people discussing the mating habits of birds. After the test subjects had listened to this tape, they were then asked to rate it for interest.

I believe we see the same effect in medicine. And I believe that the culture of “hard work” in medicine amplifies it.

To get onto a medicine degree course we have to get top grades in A levels. We also have to show that we’re a “well-rounded” character. We do that by showing sporting prowess, participation in charitable activities, participating in work experience, learning to play musical instruments, organising extracurricular activities, and many other things…

It’s nonsense when you think about it. We’re not well rounded at all. Instead, we’re nascent workaholics.

Then we go to medical school. Med-school is very competitive. Very few people experience significant failure. Instead, we experience having to work hard in order to pass exams.

After qualification, there are more exams. These are even more arduous and competitive. At the same time, we’re doing a demanding job. This leaves little time for other pursuits. Often it comes at great personal cost to our relationships, especially with non-medics.

There is great pressure to conform to these standards. Trainees who complain about brutal rotas and working conditions are seen as troublemakers. Performance management tools are used to block the progress of people who do not conform to the status quo. Instead of looking at our culture and practices within medicine and the wider NHS, we blame the person involved.

A memory from my training was the upset caused when I refused to go along with something that I deemed to be an unreasonable use of my time. On occasion, I was asked to do extra days work (for free), and it was expected that I’d just do what I was told. When I said that I expected to negotiate, it caused significant friction.

Are you someone who thinks that we should be working harder? Perhaps you feel that trainees don’t work hard enough and just aren’t up to it anymore? Should medicine remain a “vocation” with all that it entails? Let us know your thoughts on this, and any other topics, in the comments.

If you found this blog interesting, please retweet or share it.